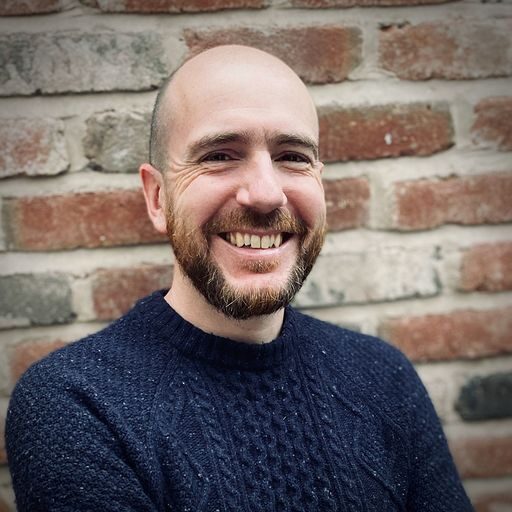 The dust has settled following the Government’s Events Research Programme pilot events in Liverpool, and while we wait for the actual results there’s plenty we can learn already.

In this article, I will examine the measures which were put in place around COVID testing and ticketing for the Sefton Park Pilot music festival on May 2 and discuss if and how these measures could be applied to real festivals taking place this year.

What we don’t know

Tickets for the pilot were only available to customers who passed the Government’s application process. Part of this required customers to live within a certain distance of the festival site.

Without wishing to relive the days of tiers, it’s clear that the audience for the test festival was carefully selected to be an ideal audience with minimal risk of variants from other parts of the country being introduced to the festival. Clearly this is not practical for real festivals, which would struggle to break even if restricted to hyper-local audiences.

On the other hand, it makes sense that in order to conduct a test you need to eliminate as many variables as possible, travel being one of those.

TicketSeller’s thoughts: This is not a typical festival demographic but it makes sense for a test event.

Customers were restricted to buying one ticket each for the test festival. Presumably this was done to eliminate complexity in matching tickets to attendees and make the testing/ticket activation process simpler.

This is not representative of most real festivals where customers typically buy two or more tickets. Often this is done so the customer can be certain they won’t be attending alone. There are other reasons, such as covering the cost for a friend or parents buying on behalf of their children.

Our thoughts: This isn’t the most realistic representation of the ticket buying process for festivals. Festival customers often buy multiple tickets and present them on a single mobile device at the event.

It would be difficult to split tickets across multiple accounts as they have already been purchased for events this summer, in some cases nearly two years ago, and potentially confusing for customers.

This is not a scalable solution across the country for real festivals. Customers travel from all over the country to attend a festival and it’s not practical to suggest they need to take a test at an approved test centre near to the event site.

Extending the approved test centre network so that customers can attend one closer to home is potentially workable, but then you have the added complexity of travel to the event, which could cause infection after the negative test result has been obtained.

In the next section we’ll look at specific training required by staff and volunteers at these test centres.

We’ve already introduced this functionality to our access control system. We wrote about it here.

Although our specific article talks about rapid testing at the event itself, the process is identical: negative test result = ticket activated on the access control system.

In order for this to work two things have to be done:

For the pilot festival this was relatively straightforward. There was one ticket agent and four test centres. The rollout and training would therefore be incredibly simple.

We can’t see this working in the real world. First, there are many festivals each using different ticket agents. Then, as discussed above, we’d need many more than four test centres to make this scale to the entire industry.

It’s also important to remember that a single festival might sell tickets with multiple ticket agents, and that’s before we get into secondary ticketing and people who’ve bought a ticket from a friend.

TicketSeller’s thoughts: It feels unworkable to expect test centre staff to activate tickets across multiple ticket agents’ systems – and that’s assuming they or the customer even know which ticket agent the ticket was bought from.

Let’s just briefly reflect on what happened to a customer with a positive test result. In the pilot their ticket was not activated and they received a full refund.

Most festivals would be unable to afford to operate if more than a tiny percentage of their customers were given a full refund after taking a COVID test and getting a positive result. It’s fine for the pilot which was government funded, but not practical elsewhere.

Furthermore, customers of the pilot event had an expectation that this was a trial, a test, and that there was a greater cause than just being able to attend a festival. They were therefore, presumably, willing to accept the risk of not being able to attend the festival and any concerned customers were mollified by the prospect of receiving a full refund.

TicketSeller’s thoughts: Dealing with disgruntled customers who have tested positive and want a refund will be a logistical and PR nightmare. The financial burden will be challenging for many festivals.

Arrival at the festival

Customers were required to show photo ID which matched the name on the ticket as proof that they were the same person who took the COVID test.

Again, this is something which works very well in the simplified model for the pilot. But in the real world we know that customers buy tickets for their friends, they sell tickets, they forget to change the name on the ticket, they go by a different name to their ID etc… If you can think of it, we’ve seen it at the entrance to festivals.

That said, requiring photo ID for access to a festival is something we’ve seen introduced at many events in the last few years and all good ticketing platforms provide a way to capture a name against each individual ticket.

Our thoughts: Presenting photo ID to enter a festival is nothing new, but as the final step of an already fragile chain it feels subject to difficulties.

However, it’s likely this will be needed in order to match people to test results or vaccines.

In this article we’ve examined the measures put in place for the pilot festival at Sefton Park. While we’re incredibly grateful that a pilot has taken place at all, it’s clear that there’s a lot of ground to cover between the ideal scenario presented at the pilot and the environment in which real festivals operate.

With limited guidance made available there’s a clear sense that anyone still planning to hold a festival is very much doing so at their own risk and expense.

It feels difficult or impractical to implement the measures put in place for the pilot festival across all festivals in the UK this summer. Clearly a middle ground has to be found which is logistically manageable and affordable to event organisers.

We are now at the point where 56 per cent of the adult population in the UK has received at least one dose of a COVID vaccine. Lateral flow tests are also freely available to all households. We suggest, therefore, that a layered approach is taken. This won’t completely eliminate the risk of spreading or contracting COVID at a festival but it will significantly reduce it, which is the best we can aim for.

None of these measures would place much – if any – financial burden on festival organisers or festival goers, yet they would allow us to have a summer which is as near as possible to normal. It would also allow events to go ahead with normal capacities and for the entire industry to begin the slow recovery from the devastation of 2020.